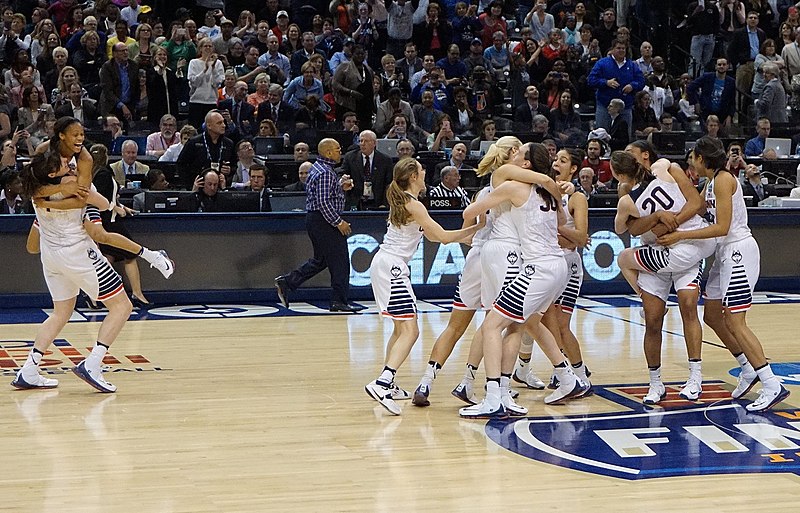 If you missed Part 1, catch up here!

The answer to that comes from Victoria Jackson. A retired Nike-endorsed professional runner and former NCAA national champion in the 10,000 meters, she’s a sports historian and Clinical Assistant Professor of History at Arizona State University who writes and speaks about the intersection of sport and society.

In a November 9, 2021 article in Global Sport Matters, she claims that NCAA’s gender inequity is a feature rather than an accidental glitch in its system. In fact, she goes so far as to accuse the NCAA of being among the “chief culprits stymying the growth of women’s basketball,” calling the organization’s history and relationship with gender equity being best summarized as “one of opposition, resistance, and defiance.”

While the NCAA wouldn’t exist without schools and students, you would think that Title IX would require it to provide equal facilities for the men’s and women’s tournaments. But that’s not true based on a unanimous 1999 Supreme Court opinion delivered by the late gender equality icon Justice Ruth Bader Ginsburg, The court ruled that although NCAA-member schools receive federal funds directly and are therefore required to comply with Title IX, the association’s receipt of dues from those member schools doesn’t make it subject to the same law.

In a scathing review of the NCAA, Jackson writes, “…you’d think an organization that has worked for decades to conflate amateurism and education in order to justify not paying athletes or treating them as employees would object to a SCOTUS ruling that could imply that the association has nothing to do with education. But no matter. The NCAA has embraced this Title IX loophole, paying lip service to gender equity while focusing on something else entirely: maximizing the value of the Division I men’s basketball tournament.”

Writing that its Indianapolis headquarters is funded by the “staggering sums” of March Madness money, Jackson states that it’s the source of the NCAA’s power and legitimacy, contending that it pays the lawyers and lobbyists “working to preserve amateurism in the face of Congressional displeasure and ongoing federal antitrust lawsuits; get(s) distributed to member schools; and subsidize(s) national championships in other sports.”

Women’s sports has already been identified by the sports industry as the biggest growth area both now and for the foreseeable future. Yet Phase Two of the Kaplan Report shows that the only championships the NCAA had identified as producing any revenue or even having any revenue-producing potential involved the men’s sports of baseball, ice hockey, lacrosse and wrestling. And Jackson adds that the old NCAA catchphrases that women’s sports are unpopular and don’t make money, likening them to some sort of charity case, are pervasive throughout the various conferences and college and university athletic departments as well.

Adia Barnes, coach of the University of Arizona Wildcats, the 2021 national runners-up was one of the many coaches interviewed for the Kaplan Report. She said she learned some things from that interview. “I just think there are many things we’ve become oblivious to because it’s always been that way,” Barnes said. “We’re just used to it, being treated as an afterthought. I think the infrastructure has to change. We aren’t valued in this model.” A key part of the Kaplan Report, according to Vic Schaefer, coach of women’s basketball at the University of Texas was its access to data that showed in detailed ways where the NCAA hasn’t capitalized on opportunities, in part because of preconceived ideas.

And Kelly Graves, Oregon women’s college basketball coach (whose son plays basketball for Gonzaga) said, “I guess they [the Kaplan Report] just put out there what we already knew. The food options, the hotels you stay in, the weight room facilities, the gift bags … I mean, come on. I can’t believe we’re still having to see disparities in those areas.” He went on to compliment the TikTok video his player Sedona Prince made that was the catalyst for this change. Calling the public shaming necessary, Graves said it was authentic. “I think it made it more powerful coming from a player directly, and not just coaches complaining.”

By valuing men’s sports at the expense of women’s, the NCAA and others in the system have unwittingly become today’s version of the mothers young Dot Richardson had to face back in the 1970s and ‘80s – the ones who thought only boys should be competitive. So now, in addition to gender inequity and sexism generationally, you also have it institutionally AND with big money involved.

In 2019, according to the Kaplan Report the last time the tournaments operated under normal conditions, the NCAA spent roughly three times as much money on the men’s tournament as it did the women’s — $53.2 million vs. $17.9 million. As the underrepresented gender in NCAA tournaments, how are the women to get Title IX protection when the NCAA controls the big tournaments that clearly have long been “rigged” against them?

The women players are being treated better this year thanks to Prince’s video revelations of last year but … better isn’t equal! And if the NCAA thinks it can take its own sweet time getting around to addressing the money issues when the furor dies down and the Kaplan Report is no longer “the big news,” then they still have their heads buried firmly in the sands of the 20th century.

Today’s cadre of women players are media savvy – they’re involved in social justice movements and have large fan followings on various social media platforms. They are ready, willing and more than able to continue putting pressure on the NCAA. And that includes their coaches, both female and male who have spent years seeing their talented women’s teams treated like second-class citizens.

And now there’s a new challenger in town – the NCAA is finding itself faced with some competition. With the recent launching of NILs (Name, Image and Likeness) in college athletics, the NCAA eventually may find itself “victimized” by its own victimization scheme, done in by its own hypocrisy. First introduced in 2019 by Senator Nancy Skinner, NIL legislation was intended to prohibit schools from punishing college athletes who accepted endorsement money. Of course, the NCAA’s response was that it was an “existential threat” to college amateur sports.

Following lots of legal wrangling, by June of 2020 the Supreme Court ruled against an NCAA appeal where it argued that it should receive special antitrust treatment because of its academic mission. The justice’s ruling, however, made it clear that NCAA restrictions, the amount of control it has in defining amateurism in the future– including NIL activity — could face serious legal challenges in the future.

As a result, in June 2021, the NCAA Board of Directors adopted a temporary rule change that instructed schools to set their own policies for what should be allowed for NIL with minimal guidelines, and by the next month the NCAA’s new rules along with the first group of state laws went into effect, and student athletes began signing endorsement deals.

And what about athletes like Sedona Prince? She’s exactly the kind of influencer marketing specialists and endorsement companies are excited to sign. She has over 3 million and growing online followers on TikTok alone. ESPN’s Dan Murphy writes that she’s “one of the market’s most-coveted young influencers and expanded the reach of a platform she uses to advocate for equality in multiple ways.”

Murphy notes that while Prince didn’t make any money from last year’s video since it was posted prior to the new NIL rules taking effect, “that single social media post,” Murphy says, “has the potential to shift more bank accounts and bottom lines than any other. It already triggered significant investment in women’s college basketball – and it could lead to even more.” And when the first NIL deal is made with any athlete playing in this year’s March Madness, it will likely set the pattern for other athletes and schools to follow as they jockey for pole position in this new race for instant star power and money.

Although Prince was both surprised and encouraged by the power of her words, she’s realistic about the amount of work left to do. “What women have to go through,” Prince said, “is just a constant uphill battle. It’s nice they changed, but if they don’t keep making improvements and holding to their word, then this was all for nothing.”

Writing that her sentiment echoes that of the coaches and fellow players who have heard too much and seen too little in return, “Most sit somewhere,” Murphy says, “on a spectrum between cautious optimism and caustic skepticism when it comes to the belief that this time the NCAA’s efforts will amount to more than lip service to quell the outcry of a public-facing debacle.” 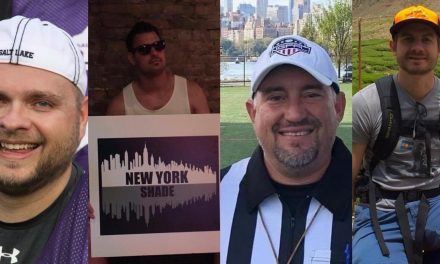 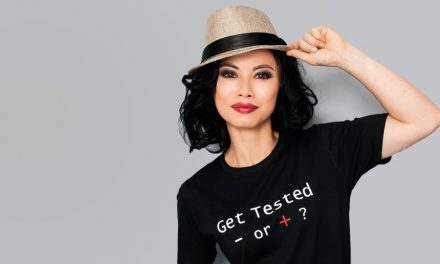