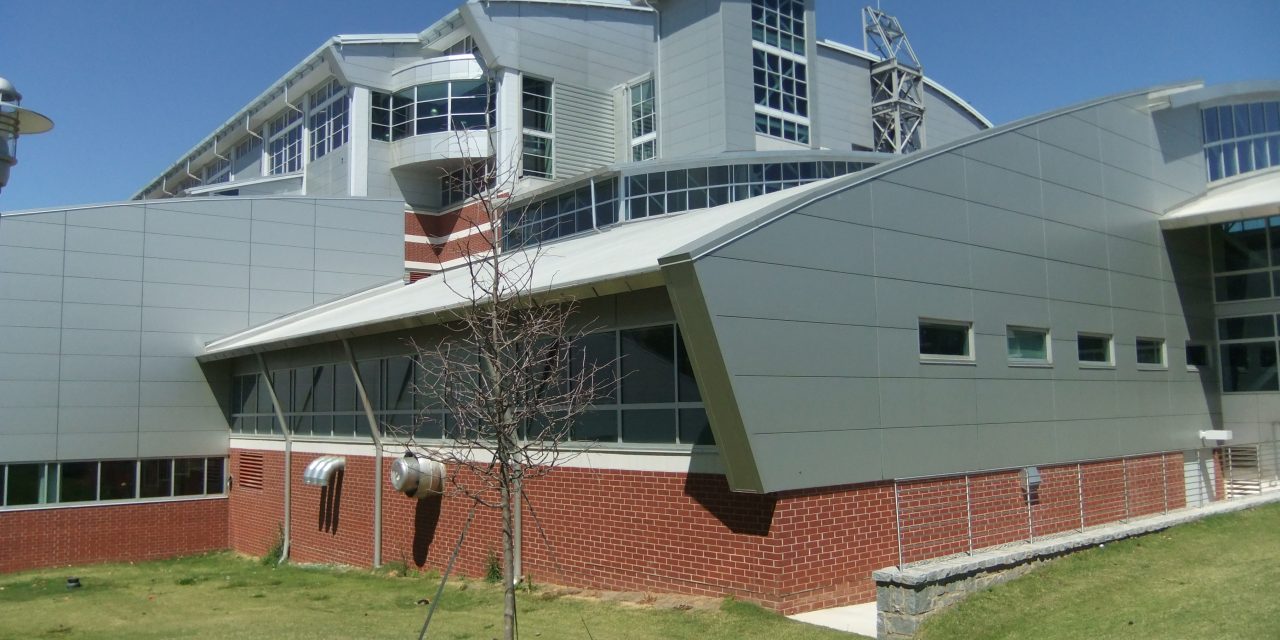 Just this last weekend, the NCAA Women’s Division 1 Swimming Championship took place, an event that normally doesn’t draw much attention suddenly became ground zero on the debate regarding the participation of transgender athletes competing in women’s sports. Of course, we have covered this topic many times and most notably examined the results from the only openly trans world champion. For this year’s NCAAs featured the first time that an openly trans athlete competed at an NCAA championships, which, not shockingly, drew out criticism and anti-trans bigotry from people who wouldn’t care a lick about the sport otherwise.

At this year’s Women’s D1 NCAA swimming championship featured two openly transgender athletes, Iszac Henig who is a trans man (and has been mostly unnoticed in all the drama) along with a trans woman, Lia Thomas. Thomas has received the brunt of the criticism with the usual arguments of “fair play” and other tired talking points that simply haven’t held up. Thomas currently competes under the NCAA rules regarding transgender athletes and is fully eligible to compete based on the rules and guidelines set forth by the NCAA.  In the past, we’ve looked at the actual results from the competitions to understand if trans athletes really do have a performance advantage. So, let’s do the same here.

One thing that is important to consider regarding the nature of NCAA competitive swimming. There are prelims and finals in all events except for the 1650 freestyle. The top 16 athletes from prelims go onto the finals, but the finals are broken up into two heats based on the ranking of times from the prelims. Heat 1 is the consolation heat in which places ranked 9th-16th compete and heat 2 in which athletes ranked 1st-8th compete. However, athletes who compete in heat 2 of the finals will be ranked 1st through 8th and are the only ones eligible to win the NCAA title regardless of if an athlete in heat 1 posts a faster time.

Now, looking at Iszac Henig’s times, who competed in the 100 free and the 50 free. Now, Henig is a trans male who identifies as a male and uses he/him pronouns; however, he is competing in the women’s championships but has not undergone any kind of hormone replacement therapy that would make him ineligible for competition.  In his first event, the 50 free, Iszac barely squeaked into the finals with a 21.94 and placed 16th overall in the final with a 22.18. This is compared to 15th place who posted a time of 22.09 and 1st place who won with a time of 20.84. All of Henig’s competitors here were cisgender women.

In his second event, the 100 free. Henig came into the finals with a time of 47.55 which put him into heat 2 alongside fellow trans swimmer, Lia Thomas. For the final, Henig posted a time of 47.32 which tied him with a cisgender competitor for 5th place and a whole 1.27 seconds behind first place, another cisgender competitor who posted a time of 46.05 seconds. As far as Thomas’ performance, she posted a time of 48.18 seconds for 8th place, a whole 2.13 seconds behind in first place. In competitive swimming, results can come down to 1/100ths of a second, so 2.13 seconds is a lot of time, especially in a sprint.

Now looking at Thomas’ times, the question asked is “does a trans athlete like Lia Thomas have an unfair advantage?” The expectation being that a trans athlete like Thomas would sweep the competition and win all the events. Well, if we’re looking solely at the actual performance statistics, the answer is no. In fact, the 100 free she competed in with Henig where she placed 8th, 2.13 seconds behind first place in the 100-yard freestyle already shows that she won’t “sweep” any competition.

In addition to the 100-yard free, Thomas also competed in the 200 free and the 500 free. Coming into heat 2 of the finals in the 200 free, Thomas posted a final time of 1:43.40 which tied her for 5th place with a cisgender competitor. 1st place posted a time of 1:41.12, leaving a 2.28 second performance differential between first place and Thomas’ 5th place.

Now onto Thomas’ main event, the 500 freestyle. This event drew the most whining from the anti-trans crowd since this was the event that Thomas won, thus becoming the first ever trans athlete to win an NCAA championship in any sport. Thomas placed 1st with a final time of 4:33.24, which is 1.75 seconds faster than second place who posted a time of 4:34.99. In swimming, the one thing to keep in mind is that the longer distance events like the 500, 1000 and 1650 will tend to have bigger margins of time between athletes, compared to shorter sprint events like the 50 and 100. When looking at Thomas’ heat in the 500 free final, each competitor except for 5th/6th an 7th/8th is roughly one second ahead of the other. In addition, the results also always include the NCAA, Meet, American, US Open and Pool records that are relevant for the event. For the 500 freestyle, cisgender swimmer Katie Ledecky holds the NCAA, Meet, American and US open records in the event at 4:24.06 while cisgender swimmer Leah Smith holds the pool record at 4:30.81. Both of which are well above Thomas’ 4:34.99.

While Thomas’ win in the 500 freestyle is a great accomplishment for any athlete, it is hardly indicative of any “unfair advantage” that can be solely attributed to her as a transgender athlete. Especially since her times are well competitive against her cisgender counterparts, including the fact that she only “won” her best event by 1.75 seconds which is a very reasonable margin for any swimming competition. Especially when you compare it to an athlete like Katie Ledecky, who competed in the same event in 2017 and won by a 4.84 second margin compared to 2nd place’s Leah Smith at 4:28.90.

In addition, there currently is no scientific evidence to support the claim that transgender athletes hold any kind of unfair advantage over their cisgender counterparts. The results from several top-level competitions in which transgender athletes have participate has shown that the notion of “unfair advantage” fails to hold water. Many of the claims being used to argue the anti-trans point of view are rooted in junk science that simply does not hold up to proper scientific scrutiny.

The whole notion of “protecting women’s sports” does not hold up either considering that trans people in general make up a statistically insignificant proportion of the population and that their present in competition isn’t “sweeping” the competition either. What they do mean by “protecting women’s sport” is more in regard to using sport to dictate and regulate a strict definition of what a “woman” is. We’ve already seen this happening with the IAAF imposing an upper limit of serum testosterone in cisgender women who compete in Track and Field. Stemming from the case involving Caster Semenya who is, by definition, a cisgender woman. Sadly, this rhetoric is heavily rooted in misogynist and racist attitudes that go all the way back since the beginning of organized sport of the modern era. It can still be seen today in everything from women’s uniforms vs men’s uniforms in different sports, such as in beach volleyball where women are required to wear bikinis while men wear shorts and t-shirts.

The protests outside the pool today against Lia and trans athletes are textbook bullying. I was personally harassed while I was trying to watch Lia swim, yelled and screamed at for supporting her. These people do not want to “protect women,” they want to erase trans people.

While it is understandable that people will have questions, it is important that those questions are asked from a growth perspective and rooted in the actual science and context in which they exist. Talking points are easy to spread, but in the end, the results speak for themselves. We are proud of Izsac Henig and Lia Thomas for their accomplishments and for continuing to inspire discussion and help us build our knowledge in this regard. 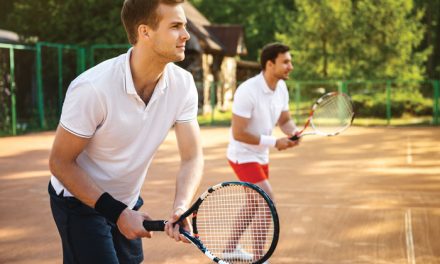 Sporting Events & Tournaments Happening in May 2017 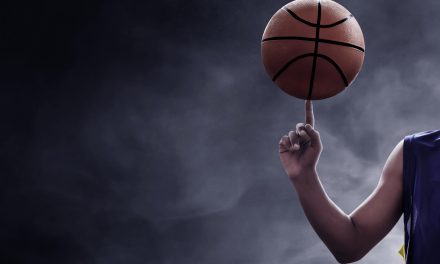 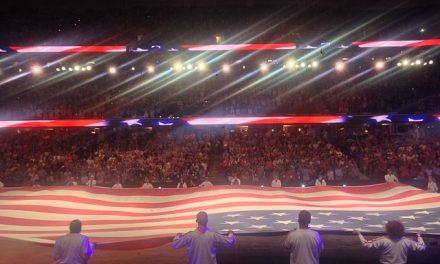