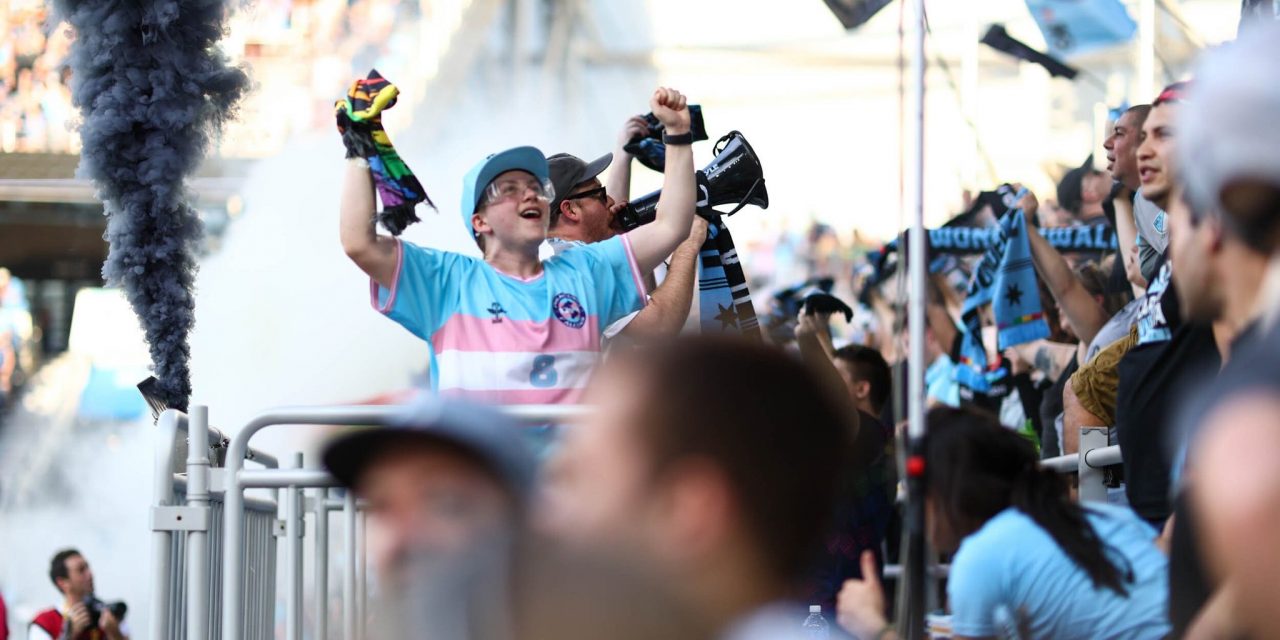 As the first wave of Covid lockdowns hit in 2020, an idea soon became a reality with the first annual “Kicking Out Transphobia” Soccer Tournament which endeavors to raise awareness and funds for the trans community. The first tournament, with both men’s and non-binary division brought 8 teams together and helped raise over $8000 for Morris Home. The second tournament added a women’s and non-binary division and included two more organizations, Philly PALS and Kensington Soccer Club helped raise another $8000 that went to Morris Home, Rainbow Room and Trans Life Line. Now, preparing for their 3rd event, the organizers, and their partners, the Philadelphia Falcons LGBTQ+ Soccer Team and CASA Soccer League are continuing to grow and raise money for trans/intersex/non-binary charities, including Morris Home, PA Rainbow Room, Attic Youth Center and Galaei. The tournament will include an 8v8 Women’s & Non-Binary Division on August 14th and a 11v11 Men’s and Non-Binary Division on August 14th and 21st.

In an interview with PGN, founder and organizer, Yunio Martinez reflected on the tournament,

“Nowadays everyone is aware about the LGB (Lesbian, gay, bisexual) of “LGBTQIA”, but we are striving to create a safe space for the entire community. We are constantly working on staying updated on language and informing everyone about changes we make within the league to be more inclusive. Trans and non-binary are not new; however, some people may not fully understand.

“We do our best to make sure all feel welcome and to help educate those who don’t understand. As of last year, our Women’s and Non-binary Division has taken the step to add non-binary to the title because it is a division in which the title is a gender term. We are happy to provide a place where all can feel welcome, and I’m glad to work with our Director, Kristin Lepley (I always said Team Pride).

“She is one of 3 Board members out of 36 who are LGBT out. And the other LGBT Board member is someone who identify as Trans, so our Board has the LGT of our community. I love this post from Athletes of Hope that speaks about what the league has done with this Division. I’m glad our Women’s and Non-binary have players who identify as trans and also other who their gender expressions aren’t neither male or female.” 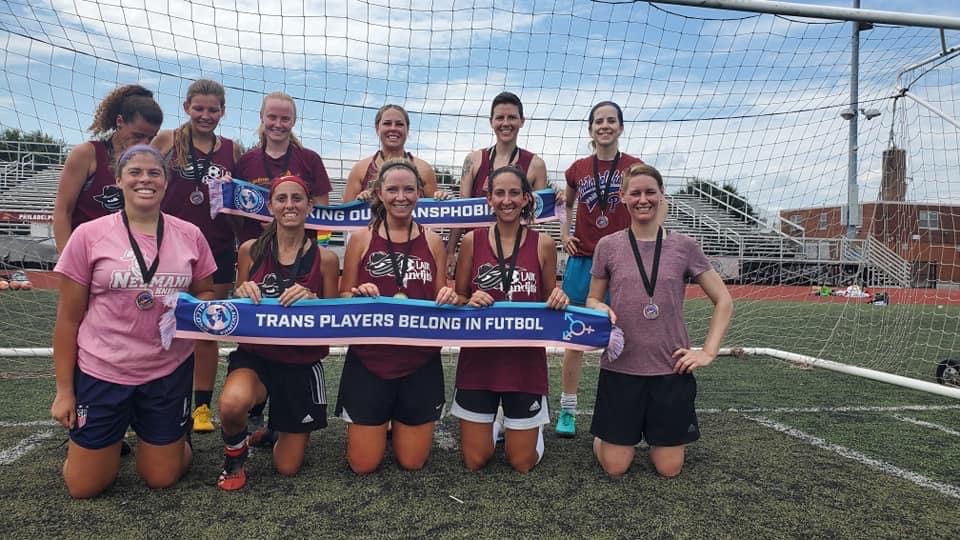 Martinez and the organizers of the Kicking Out Transphobia Soccer tournament as well as the board members of both the Philly Falcons and CASA Soccer League want to make it clear that trans people belong in sport.

“Trans Rights are Humans Rights, and Trans players belong in sports. According to the Human Rights Campaign (HRC), there were at least 44 deaths of a U.S. based transgender and gender-nonconforming person in 2020 the highest such number since HRC began tracking anti-trans violence. The majority of which were Black and Latinx transgender women, and the real number is likely to be higher because often these stories go unreported or are misreported. In March 2020, Idaho became the first state to ban trans women and girls from women’s sports leagues in schools and colleges, setting off a trend that swept more than 30 other state legislatures. This year, Alabama, Arkansas, Mississippi, Montana, Tennessee, West Virginia, and Florida passed similar legislation and South Dakota’s governor has signed an executive order supporting a sports ban. The transphobia needs to stop, and we are contributing our part by using soccer as a way to raise awareness and increase acceptance for the community.” 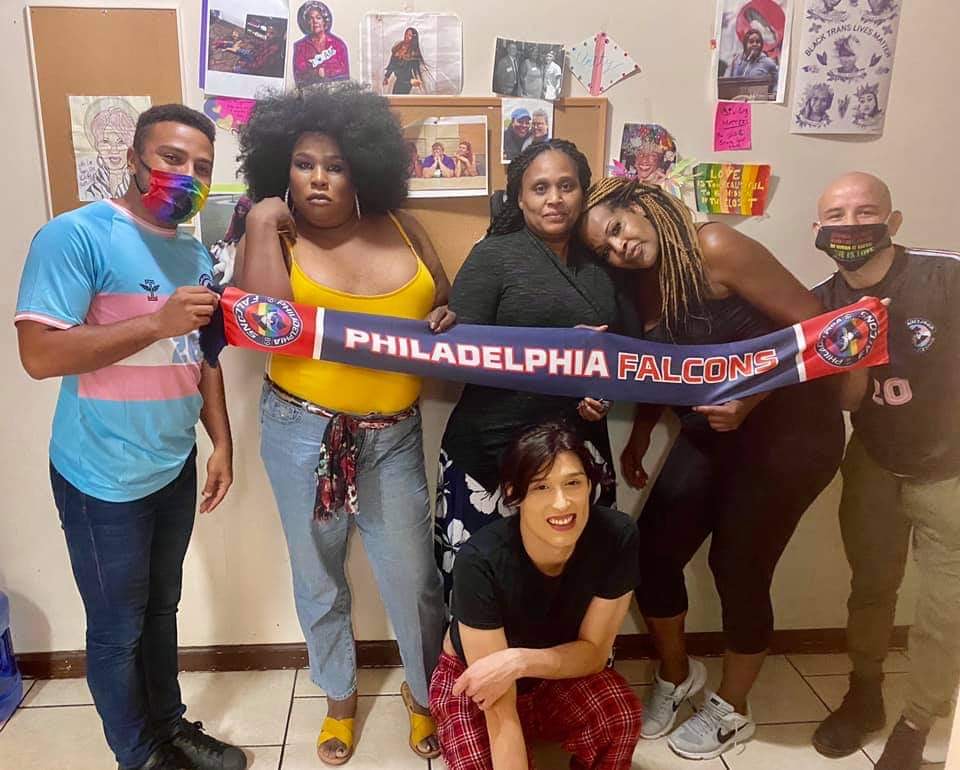 In a message they hope to convey to the community, Martinez shares,

“Let them play – Being able to play is going to change a lot of people’s lives. We all are humans, we all deserve respect, we all deserve to be treated equally. The life of anyone in the LGBTQIA community would be simpler if they didn’t have to deal with all of the hate in the world. I just want to spread the word that everyone deserves kindness no matter their background and identity. There needs to be laws that give everyone the right to play the sport they love or the right to be who they are, not the other way around.”

Despite the actions to attempt to legislate and ban trans people from sports. Sports organizations and events like Kicking Out Transphobia are vital to helping build the trans/intersex/non-binary communities by bringing people together, raising money for charity and offering a space to find the physical, mental, and social power that sport has to offer. In addition, through the simple act of participation, sport has the power to change people’s minds and challenge bigotry. So even now, more than ever, it’s crucial we support LGBTQ+ sports and every letter of the acronym for their right to participate as much as we can. 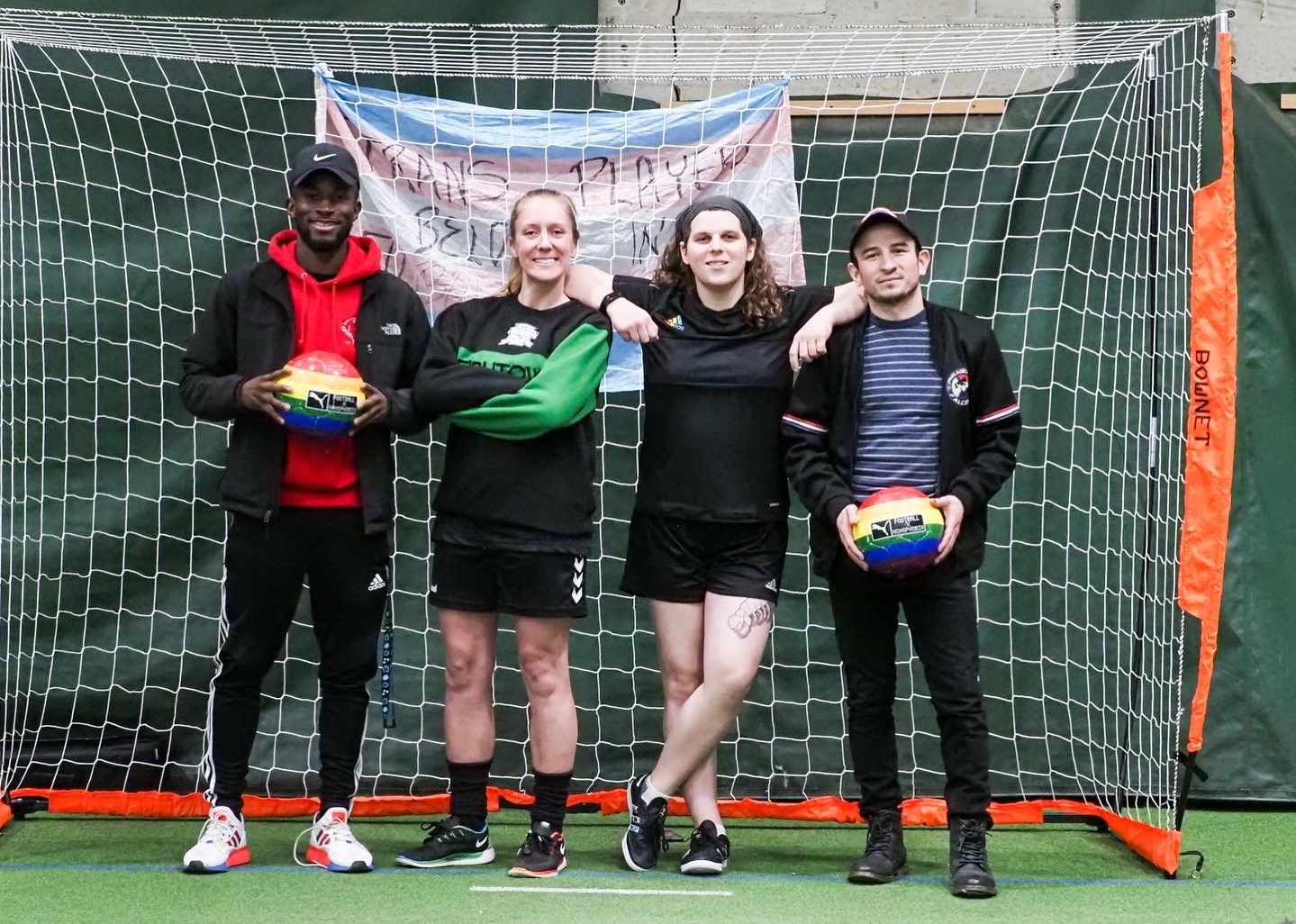 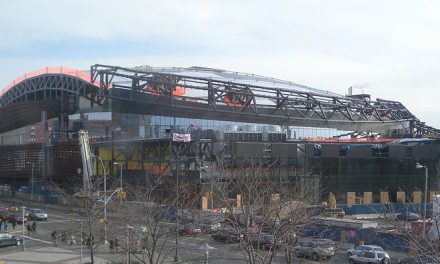 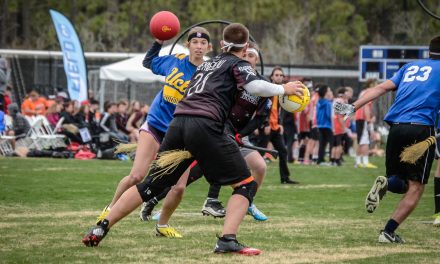 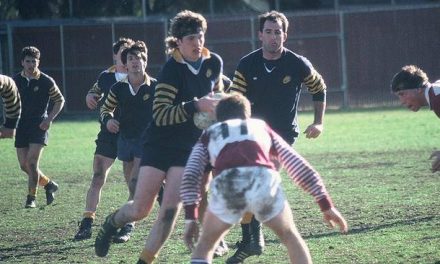 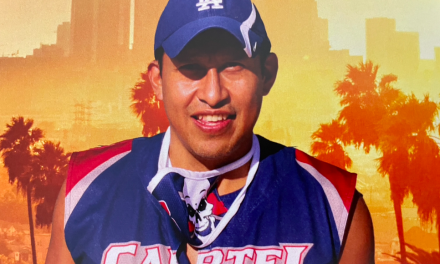