The Gay Games Paris 2018 held last August in Paris, France had been a memorable experience for all who participated and created many memories of the experience that inspired thousands of LGBTQI athletes to pursue sports. The official conclusion of the Paris 2018 Gay Games came last month in the final meeting to wrap up and disband the Paris 2018 Organizing Committee and release the financial returns from the event. The organization itself is being reorganized into the Foundation Inclusion for an Environment full of Respect, or FIER.

The report has been released and announced that the Paris 2018 Gay Games is officially the first Gay Games held outside of North America to turn a profit.

“There was a surplus from the organization of Paris 2018,” Federation of Gay Games co-president Sean Fitzgerald confirmed. “We had a finance committee meeting last week and are still determining details. A part of these funds are being used to start the foundation.”

In addition, the Paris 2018 host committee announced that

“Kent State University conducted an independent study to measure the economic impact of the event, which totaled more than 100 million euros, including the creation of 1,429 full-time job equivalents, which is higher than forecast and previous editions. The Gay Games have particularly contributed to the recovery of tourism in the capital and shops in the Marais had their best month [in] August.”

This is the second consecutive Gay Games to finish in the black after the 2014 Gay Games in Cleveland which brought in a profit of almost $150,000 that was donated to various Cleveland charity organizations and also spun into an LGBT Fund as part of the Cleveland Foundation. The 2014 and 2018 Gay Games finishing in the black represents a significant recovery in the financial viability of such a large LGBTQI multi-sport event after two decades of Gay Games events having finished in huge debts.

The news is reassuring for critics and skeptics who began to question the relevance of such a large LGBTQI multi-sport event following the recent scars of several failed events. Most notably, the 2015 Eurogames in Stockholm which was plagued by mismanagement and incompetence as well as the 2017 World Outgames in Miami which was straight up cancelled, leaving participants feeling cheated, scammed and disappointed in the movement. The World Outgames and Continental Outgames have a long history of massive debt and mismanagement that led to the cancellation of several continental and world events and set the LGBTQI sports movement back many years.

In addition, the 2019 Eurogames were heavily criticized for their organizational issues and shortcomings, requiring an intervention from the European Gay and Lesbian Sports Federation following low registration numbers and lack of sufficient confidence to salvage the event. In addition, even the Paris 2018 Gay Games drew worries and criticisms during their opening ceremony. However, the Paris 2018 team quickly recognized their mistake and got their stuff together to help ensure the rest of the event went much better.

Fortunately, the Gay Games appears to once again be leading the LGBTQI sports movement. Being one of the two largest LGBTQI Multi-Sport Events, along with the Sin City Classic, they are showing that these two business models for such large events can be sustainable and successful. The legacy of Paris 2018 will continue within FIER which strives to “allow more inclusion in sport and culture, and thus visibility and participation of lesbian, gay, bisexual and trans * (LGBT +) people and to make these activities more respectful of diversity.”

We are certainly looking toward the 2022 Gay Games in Hong Kong in the hopes that they will be able to keep this legacy moving forward.

By Dirk Smith
Photo by Federation of Gay Games 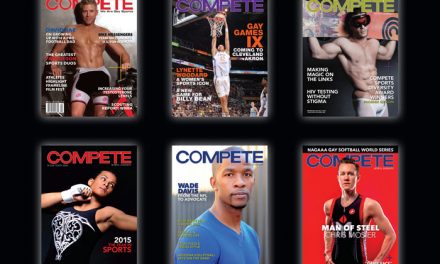 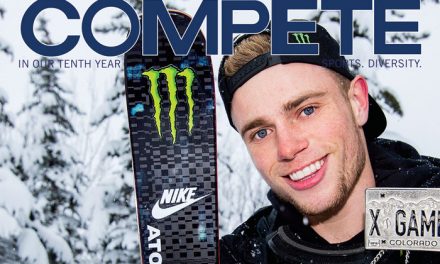