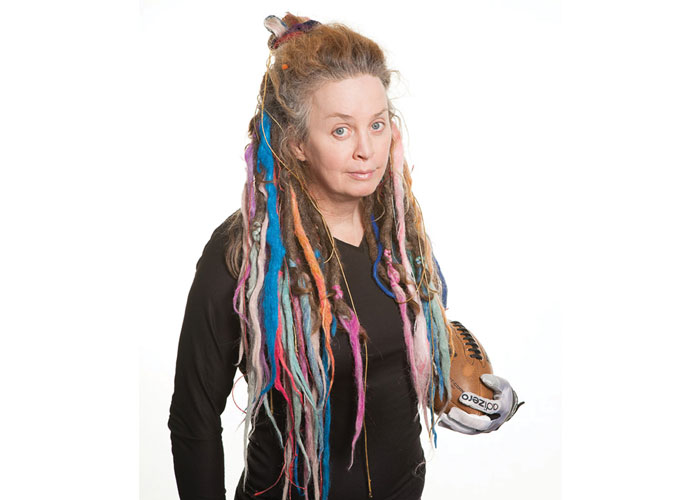 At the 2012 Compete Sports Diversity Awards in Atlanta, Compete presented its inaugural Inspiring Athlete of the Year award to Molly Lenore. In her acceptance speech she called sports a wonderful metaphor for life, saying that “For me, being a transgender person means never really fitting in anywhere. But LGBT sports and the resulting community that has been created have let me be who I am – an athlete, teammate, mentor and friend.”

She continued to say that “It has helped shape me; it has allowed me to preserve the bonds that I had as a male with my male teammates which is so important to me. Playing with the women has helped me feel, if only at times, that I do fit in as a woman, as a lesbian. I am not sure who I would be without sports. I really can’t imagine.”

Her story continues to inspire us so with Molly’s permission, we’ve renamed the award the “Molly Lenore Inspiring Athlete of the Year Award.” The 2016 award is being presented to Chris Blanke, from Austin, Texas.

Although Lenore is a passionate football player, her introduction to the LGBT community was actually through the New York Big Apple Softball League. Just a year after transitioning to Molly, she emailed them, explaining that she was transgender and asking if it was alright for her to play. Their response was “Of course!” It was one of her softball teammates who told her about the New York Gay Flag Football League (NYGFFL), then in its first season. She was put on their wait list and got to play in their second season. Since football has always been her special sport, Lenore said that “Playing with the men again felt right for me, it is what I knew; I might have changed my gender but not my mindset.”

Then in 2006 Lenore was invited to play with the New York Bad Apples starting at middle linebacker as they represented New York at the Gay Games in Chicago. Not long after registering, she was informed that because her team was in the men’s division, she couldn’t play since she had registered as a female. But with the support of her teammates and Cyd Zeigler of Outsports.com, the Gay Games organizers modified the men’s division to an open one so she could play. Although starting as the lowest seed, the Bad Apples wound up winning the silver medal.

Just months later she played with the New York Warriors in the National Gay Flag Football League’s (NGFFL) Gay Bowl in Dallas where the team won the first of three straight Gay Bowl championships. Following six years with the Warriors, however, in 2012 Lenore decided to play for

the New York Dolls, one of the two New York teams sent to Denver that year to play in the first ever Gay Bowl women’s division.

Although it’s been hard for her not to play with the guys, Lenore says they will forever be a part of her. But it was very important to her to make sure the women’s division was successful. Part of her devotion to its success was to serve as commissioner of the NYGFFL for ten years.

But there is so much more to Lenore than just football. After spending years as a mortgage banker, by age 30 she decided to honor the artist within and enrolled in art school. Then working for the iconic New York American Museum of Natural History for eight years, she collaborated with Joey Stein to create interactive spaces and large-scale interactive sculptures, an integral part of the museum’s evolution into what is now an immersive multimedia environment. Their combined drive to push the limits of technology led to them founding Moey Inc. in 2003.

Part of what makes Lenore so inspiring is her willingness to talk about her life before “Molly,” helping to educate others about being transgender. When asked about the physical changes due to the required hormones and the impact on her athletic performance as a woman, Lenore says that her muscle mass has changed. She’s not as strong or fast as she used to be as a man but she also says that she’s now in her 50s so it’s hard to separate one cause from the other.

Always an athlete, Lenore revealed that growing up as a boy she was active and sports-oriented, playing both football and baseball. She had a younger sister that she got along with and was definitely the big brother protective type. And her family has always been very supportive of her. Although her father has passed, she shared that even though he didn’t understand, he was supportive of her transition to a woman. Growing up in a loving and supportive family is perhaps one of the reasons why Lenore so firmly believes that people are basically good.

Although Moey Inc works with top corporate and museum executives globally, many of them very conservative and protective of their personal and company/museum reputations, Lenore isn’t aware of facing any difficulty or discrimination from them.

So to you, Molly Lenore, we offer our thanks for helping us all to be more open and accepting. You are not only an inspiring athlete; you truly are an inspiring human being!

Brian Patrick has been a Compete Magazine contributing writer since 2012. 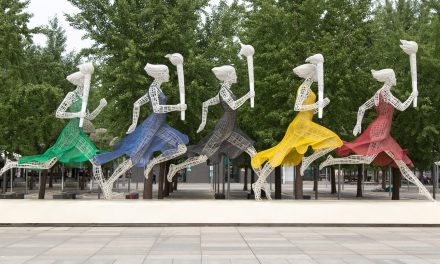 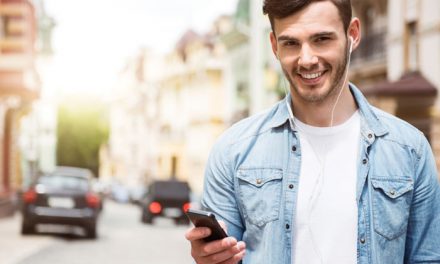 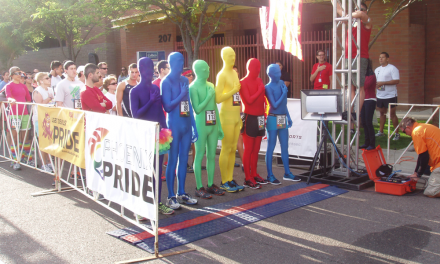