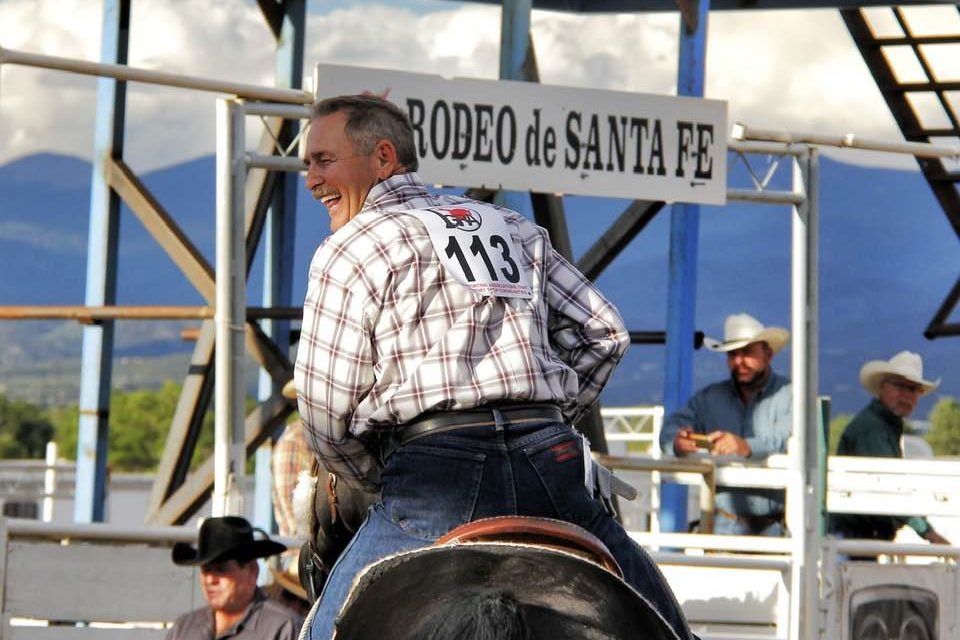 Dirk Smith: Hi Brian, thanks for taking the time to chat with me! Can you tell me a little bit gay rodeo, how do you prepare? What kind of events do you have? Fill us in!

Brian Helander: Gay rodeo has been around for about 40 years now and it’s always been a place where LGBTQ+ people and allies can come and compete in the sport of rodeo without fear of being the butt of jokes or target of discrimination. We have 13 different events that we do and we’re all very animal friendly. We do some traditional rodeo events and then we’ll also do some camp events that are designed to be entry level events. We have four Rough Stock events, three Horse Speed events, three Roping events and three Camp events. The camp events are Wild Drag Race, Goat Dressing, and Steer Decorating.

DS: Wow, those look like a lot of fun!

BH: They are, and they look pretty easy, but they’re also challenging in many ways. It takes skill, teamwork, and a lot of expertise to really do the events well. But it gives people an opportunity to get into the arena, figure out what’s going on, try it and improve upon it.

DS: One of my first times ever even hearing about gay rodeo was an episode of King of the Hill that featured it. Specifically, it was Dale’s dad that was competing in it and the straight male characters visit it, completely oblivious to it all. I was a kid and I thought that’s kind of fun and random, but it seems pretty interesting. For me being young and gay, it was nice to see them mention that, but I thought the rodeo something they made up for the show. I had no idea that it actually was a real event until I saw my first event years later.

BH: There’s also an episode of Jon Stewart where he interviews two of us, me, and someone else. The other person who is some sort of great cowboy who has a lot of misconceptions about gay rodeo it’s really hard to explain but it’s really very funny.

(Unfortunately, we could not find a clip of the interview)

DS: How long have you been involved in gay rodeo?

BH: Well, I’ve been doing it now for 26 years with my rodeo partner (not husband), Chuck. I heard about the gay rodeo about 26 years ago and went to one as an observer. At first, I thought, “well, this kind of, harkens to me, I think I want to do this, I want to be in the arena.” I wasn’t a very athletic kid, I wasn’t good at hockey, baseball, soccer, football. But I could tell that I could and wanted to do this.

DS: What kind of training is involved in in being a strong rodeo athlete? 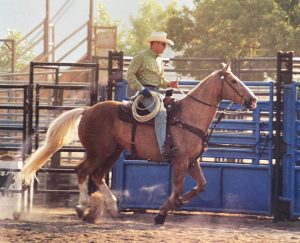 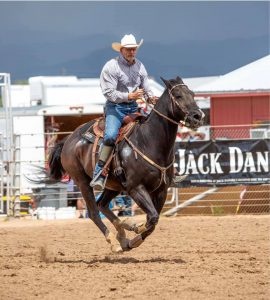 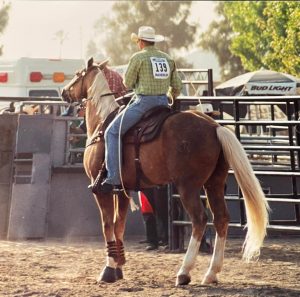 DS: Do you need to know how to ride a horse to participate?

BH: No, you don’t. You don’t need to ride a horse to participate in gay rodeo. We have calf roping on foot, which is a starter roping event. You stand in the chute and try to learn how to rope a calf out of the chute. We’ve got the three camp events, Wild Drag Race, Goat Dressing, and Steer Decorating that don’t require a horse and both steer riding and bull riding as well. So, you don’t need a horse to compete.

DS: One thing I love, and I’ve seen this all throughout my experience with the LGBTQ+ sports community, is how much emphasis there is on raising money for charity. Raising money to support the community and give back. The different local and International Gay Rodeo Association(s) do it and, so many other sports and organizations do it as well. I think that’s one of the most inspiring aspects of all this is just how much money you can raise and how you can utilize that platform to support our community.

BH: Yeah, in gay rodeo, we do compete, to raise money for charity. It’s not a money-making event, but the contestants do get a little return on their investment in a sort of prize purse kind of thing, but it’s primarily for charity. We’ve supported, dozens of different charities, Boys and Girls Club, horse rescue, women’s health issues, gay men health issues, etc. Just a lot of different organizations over the years. This is our 30th year and each year we choose a different charity and raise different amounts. I’d estimate that the New Mexico Gay Rodeo Association has probably raised hundreds of thousands of dollars alone for charity.

DS: I wouldn’t surprised if it was even higher and it’s just it’s so inspiring to see. It’s great that there’s so many people who are so passionate about all this work that goes into supporting those charities and organizations, which is really important. Back in 2014, the Gay Games held the rodeo for the first time as an event were you there for that?

BH: We had one of our best rodeos at the Gay Games, probably the highlight of my rodeo career. At the time, I was the president of the International Gay Rodeo Association (IGRA) and worked really hard to get that rodeo going with others like Judy Munson, Chuck Browning and so many people I can’t even name all of them off the top of my head. That rodeo was really special, and they really enjoyed having us there. It was a huge event, and it was one of the most unique events we ever had. In fact, there’s a there’s now a statue in Akron (which co-hosted the games) that represents the Gay Games, and IGRA, is represented really well with a horse is included in the statue. 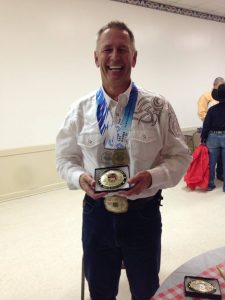 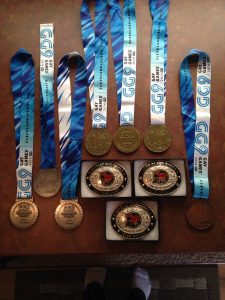 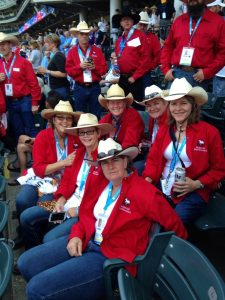 DS: I competed at that Gay Games in Cleveland as well. My sport is swimming, and I also did triathlon. That specific Gay Games was probably one of the best Gay Games I will ever experience. I didn’t even know that they actually put a statue up in the city to memorialize the whole event and especially worked to represent rodeo in that as well. Other cities that have hosted the Gay Games don’t even remember they did it. No mention, no displays, no statues, nothing. I’m not surprised at all that Cleveland, though to say that it was a major event for their city and to recognize rodeo because, it’s not exactly an easy sport to have at the Gay Games.

BH: I think at the opening ceremonies, there was probably about 150 to 200 gay cowboys, cowgirls and cow-people marching into stadium on that day. It still gives me goosebumps thinking about it. It was very special.

DS: This year is the 40th anniversary of the Gay Games and they’re doing a series of posts profiling historical moments and people that have really defined what the Gay Games is. I definitely think being able to have gay rodeo in there at the games is an important moment in Gay Games history that shows how they’ve expanded their community and built those connections.

BH: Yeah, and I think that brings up an important point, because many people don’t really consider gay rodeo participants as athletes, for whatever reason. We’re often left out of the, the athletic conversation, yet people don’t realize that you have to be very athletic to compete. You’ve got to be able to run, work with your team, it takes coordination, skill, accuracy, and communication. It’s all the things that team sports require, with the self-determination of individual sports to.

DS: Speaking as a sports scientist myself, I can say with a little bit of an authority that it’s definitely an athletic kind of sport. It’s requiring athletic strength & conditioning, fitness, tactical and technical skills as well as psychological and mental conditioning for performance. It’s all really important and there’s so many sports and activities that people don’t give the credit to say, “hey, these are athletes, they may not be in a traditional sport, like soccer, or football or hockey or something like that. But they are very conditioned, fit, and good at what they do, to compete and to go as far as they do.” So, it’s good to bring that up and help people understand that to be competitive in sports like gay rodeo takes a lot of time, practice, and training.

BH: Yep, I just got back from the gym, working out for an hour and a half to get ready for the Zia Regional Rodeo in Santa Fe. It’s the 30th Annual Rodeo and I will compete in all of the events except for Steer Riding. I used to do Steer Riding, but I aged out of that however I will compete in all the other events. So, Team Roping, Breakaway Calf Roping, which is very, again, very animal friendly. The friendly approach to calf roping involves a breakaway tether rather than tie down roping. We’ll do all the camp events, and the speed events, barrel racing pole bending flags, those kinds of things. So, look out!

DS: What kind of training do you do at the gym to help you prepare for rodeo?

BH: Well, I do you know, traditional weightlifting, stretching and cardiovascular training is really important. Those are the three things that you really need to maintain for competing and rodeo. If you’re not limber and stretched, it can cause injuries, of course, you can injure yourself. So, you need to be conditioned and limber.

DS: If if there’s anything gay guys like more, it’s a man who’s limber!

BH: You can find out more about gay rodeo on www.igra.com and you can find out more about the Zia Regional Rodeo on an NMGRA.org. If you’ve never been to one, you really need to go to a rodeo and experience it. If you’ve ever wanted to be a cowboy/cowgirl/cow-person, come to a rodeo school. You know what, just come to the rodeo, sign up for an event. Ask around and you’ll be in the arena with a number on your back. You’ll be competing and everybody will help you succeed! It’s exciting stuff! 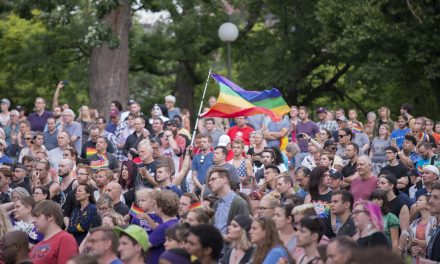 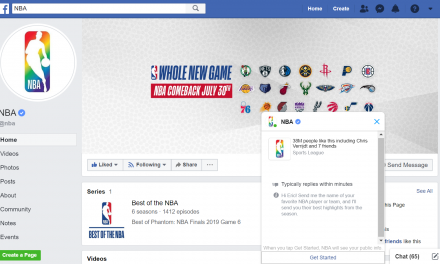 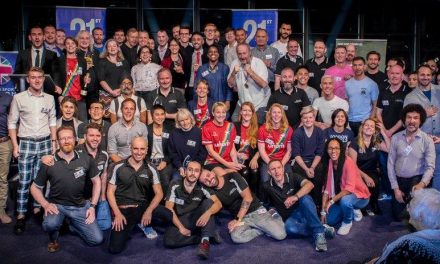